The path to the pulpit for Jonathan Shradar covered a lot of unlikely terrain.

At the beginning of 2009, he was working as the Press Secretary for the Environmental Protection Agency—meaning he was the EPA’s top communications officer. A year and a half later, he was sitting in his first seminary class in Portland, Ore. 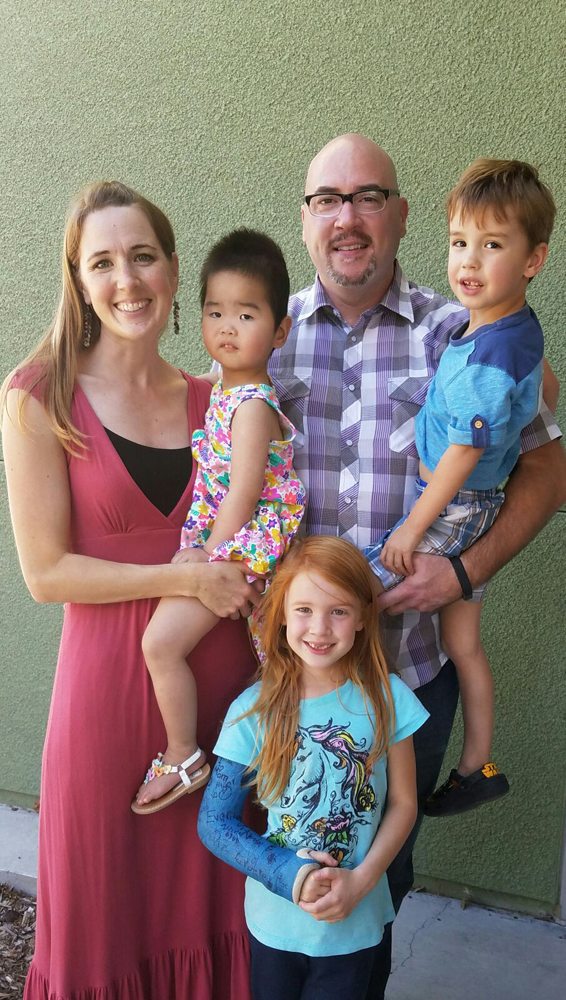 Growing up in a devout Christian home, he was keenly aware of politics and figured a political career would be a good way to make a positive impact in this world. He studied journalism at the University of Nebraska at Omaha, joined a fraternity, and became student president. Then came one of two “emotional lows” that he points to now as evidence of God calling his life in an unexpected direction.

During a college football game—no laughing matter in the Cornhusker State—he was arrested for inciting a riot. “I was drunk,” he recalled, “and wearing nothing but a kilt.” The charges were later dropped, but it was enough to get him kicked out of office.

“You’re popular, right? You feel like you have worth. And the minute that is taken away from you, now you’re just laughed at.”

He said he remembers a growing sense that “there has to be something more than defining my life by my successes and failures.”

After graduating from Omaha, “I was convinced I was going to be a great politician, and because all great politicians are lawyers,” he enrolled at a law school in Toledo. But that turned out to be a painful experience, too, and he failed out. “Over and over again, God used my own failure to reveal my lack of ability to achieve—to be known by my own name and my own strength. I started to see, for the first time, what it meant to have relationship with God, and what it meant that Jesus actually died for me on the cross.”

Jonathan shifted his major to political science. Toward the end of graduate school, George W. Bush was running for re-election, so Jonathan signed on and ran the grassroots campaigning in eight counties in the perpetual battleground state of Ohio. When Bush defeated John Kerry—including a slim victory in the state of Ohio—the door to Washington, D.C. finally opened.

With his background in journalism, Jonathan spent all four years of Bush’s second term doing communications for the government, including a four-month detail in Iraq with the State Department, eventually winding up as the EPA’s chief of communications.

In the meantime, he met and married his wife, Stacy, and they had begun to serve in a D.C. church together. That’s when God began calling Jonathan back to gospel-centered faith.

As a boy, he said, “I was one of those who got saved a lot on Sunday mornings, but I don’t know if I ever fully understood the finished work of Christ. I always thought I had let God down because I had been sinful. So I sat in the pew because I was required to, but I had very little understanding of scripture and the reality of what Jesus has accomplished.”

After leaving the EPA, Jonathan went to work in the D.C. office of a charity called Malaria No More, and he figures he would still be doing something like that if he hadn’t left the capitol.

“I loved that job, and excelled in it,” he said. “But that increasing sense of wanting to do something more redemptive evolved into wanting to do ministry—to see souls saved, not just lives. I think Stacy was maybe eight months pregnant with our first child, and I asked if we could start talking about going to seminary. She agreed, and four or five months after that, we were set to move to Portland and go to Western. It happened pretty quickly.”

After his first year of seminary, Jonathan was hired by a church in Richland, Wash. and finished his M.A. in Biblical and Theological Studies while working as a young adult pastor. He graduated in 2014 and a few months later found what seemed like the perfect position as the senior pastor of a small congregation in San Diego.

“Stacy and I had felt God would probably call us to a place that would need to be restored to health by the truth of the gospel,” he recalled. “That’s what it came down to. And in Grace Church, we just felt like that was a clear opportunity.”

Now 100 members strong, the congregation is located in Rancho Bernardo, and Jonathan spends most of his time preaching and doing very pastoral things.

Sometimes, though, his former life as a communications expert shines through. He podcasts, he does social media like a professional, and he writes like a writer, not necessarily like a pastor. His first post for gospelthread, for example, was polished right out of the box.

Jonathan said he agreed to join gospelthread simply because we are building a scriptural resource—a tool to help people study their bibles.

The gospel-centered movement, he said, “is not defined by labels or choice words. This is what scripture declares. We think it’s the greatest news in the world. So any opportunity that I have to help proclaim the truth of Jesus in all of scripture is an opportunity I should take.

“We’re going to read scripture and talk about Jesus,” he added. “That has to be central.”

My introduction to gospel-centered ministry came from a couple of different channels, but most prominent for me was reading Your Jesus is Too Safe by Jared Wilson. Wilson made the accomplished work of Christ and our status in him so clear that I had to have more. I found myself hungry for more of this grace that he wrote about so I began to consume gospel preaching and books and studied the Bible with eager eyes to see Jesus anew.

There have been so many faithful influences in my walk with Christ, but two young men stand out. Instead of older, wiser saints I looked up to, these guys I was mentoring, both named Ben, challenged me to trust Jesus and live in response to the grace we have been given. While none of us are that young anymore, they continue to remind me of my security in Christ and model faith that has been refined as through fire.

When Scripture says that Jesus’ power is revealed in my weakness I can say amen from experience. Even in difficult seasons of ministry, I have found rest in the “it is finished” of Jesus. His grace is something that stands above all of our strategies and pastoral efforts overcoming inexperience and my own sinfulness. So the list of challenges the gospel has overcome would go on and on!

I often run to the Doxology of Jude as a comfort. That Jesus is able to keep me from stumbling and to present me blameless before God with great joy. The gospel is our air, our empowerment to live right now and whether we stumble or not, we are blameless because we wear Christ’s righteousness. It doesn’t get much sweeter than that.

What I find most exciting is the awakening of grace in Scripture. That when Jesus says all of the prophets, wisdom and law (“Moses”) reveal him, he means it. This wave of gospel centrality is driving people back to the biblical gospel and the faith exhibited by generations of believers which has long preceded and will prayerfully long outlast any movement we can think up.