Jesus is the greater Jonah who hurled himself into the storm of God’s wrath and was swallowed by death so we could be safe on the still waters of God’s forgiveness. 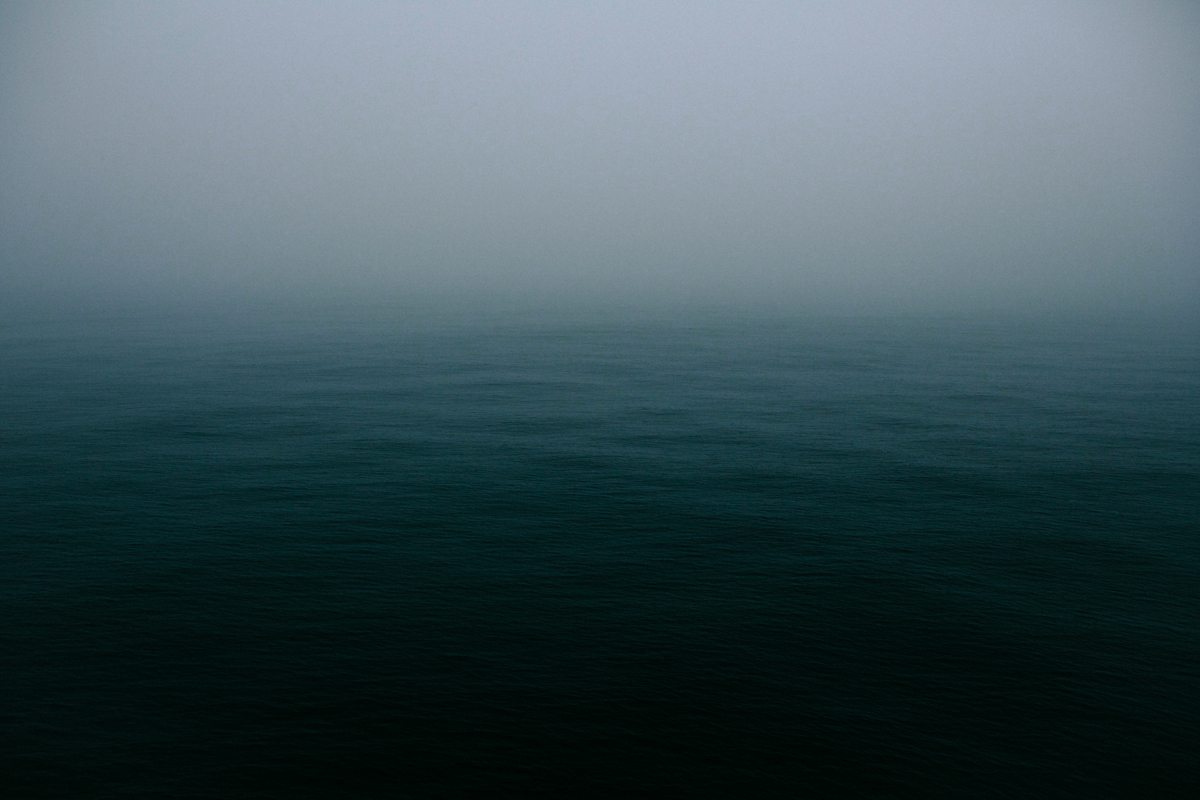 4But the LORD hurled a great wind upon the sea, and there was a mighty tempest on the sea, so that the ship threatened to break up. 5Then the mariners were afraid, and each cried out to his god. And they hurled the cargo that was in the ship into the sea to lighten it for them. But Jonah had gone down into the inner part of the ship and had lain down and was fast asleep. 6So the captain came and said to him, “What do you mean, you sleeper? Arise, call out to your god! Perhaps the god will give a thought to us, that we may not perish.”

7And they said to one another, “Come, let us cast lots, that we may know on whose account this evil has come upon us.” So they cast lots, and the lot fell on Jonah. 8Then they said to him, “Tell us on whose account this evil has come upon us. What is your occupation? And where do you come from? What is your country? And of what people are you?” 9And he said to them, “I am a Hebrew, and I fear the LORD, the God of heaven, who made the sea and the dry land.” 10Then the men were exceedingly afraid and said to him, “What is this that you have done!” For the men knew that he was fleeing from the presence of the LORD, because he had told them.

11Then they said to him, “What shall we do to you, that the sea may quiet down for us?” For the sea grew more and more tempestuous. 12He said to them, “Pick me up and hurl me into the sea; then the sea will quiet down for you, for I know it is because of me that this great tempest has come upon you.” 13Nevertheless, the men rowed hard to get back to dry land, but they could not, for the sea grew more and more tempestuous against them. 14Therefore they called out to the LORD, “O LORD, let us not perish for this man’s life, and lay not on us innocent blood, for you, O LORD, have done as it pleased you.” 15So they picked up Jonah and hurled him into the sea, and the sea ceased from its raging. 16Then the men feared the LORD exceedingly, and they offered a sacrifice to the LORD and made vows.

17And the LORD appointed a great fish to swallow up Jonah. And Jonah was in the belly of the fish three days and three nights.

The storm, the fish, the withering plant: It’s no wonder some people say the story of Jonah must be a fable. But the most difficult thing to believe is that God would want to redeem the violent, depraved city of Nineveh—and that he would choose a stubborn Israelite as the instrument of his mercy.

The capital of the Assyrian empire, Nineveh was one of the largest cities in the world, known for cruelty and conquest. An example of typical Ninevite tactics was killing people by peeling off their skin and leaving them in the sun to die.

Why would God respond with compassion to that brutality? Why show mercy to such merciless people?

More importantly, how could God expect Jonah to minister to the Assyrians?

It doesn’t take long for Jonah’s flaws to surface. He persistently did all that he could to pursue his own motives, saying to God, “Not Thy will, but my will be done.” So he goes to Joppa and buys a ticket to Tarshish, modern day Spain. Nineveh was to the east of Israel, Tarshish to the west—as far away as you could get.

Jonah lacked not only the character to obey God against his will, but also the heart to love his enemies. He would have to act the enemy himself and receive God’s forgiveness before he was ready to show mercy to the people he despised.

In his righteous judgment against Jonah, God “hurls a storm.” But the one thing Jonah doesn’t do is pray. He doesn’t pour out his heart to God. He knows exactly what God’s will is, he knows why the storm has come up, and he is not yet ready to go and serve the people of Nineveh.

Rather than reckoning with God, Jonah puts himself in the position of explaining to his bewildered shipmates why they are caught up in the consequences of his sin. 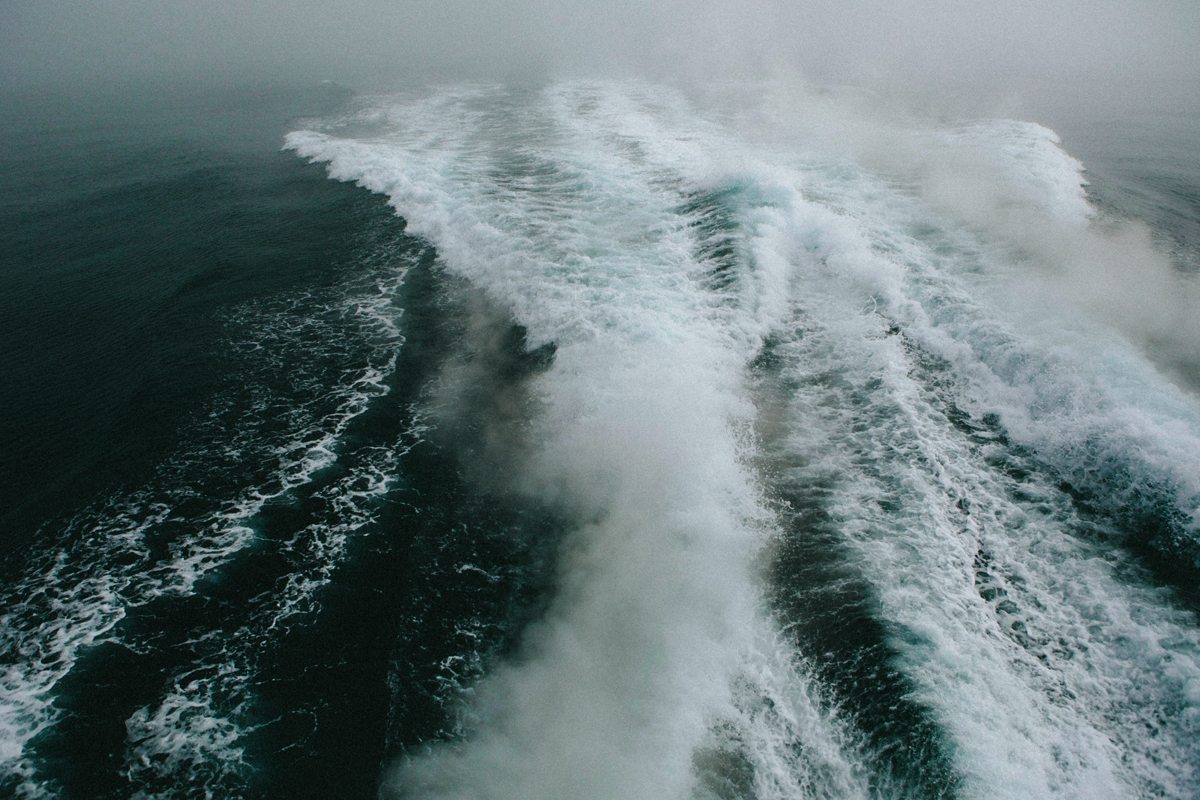 When Jonah proposes that the ship’s crew sacrifice him to the storm to save themselves, they show more concern for him—the cause of their predicament—than Jonah has shown for the Assyrians God intends to save. The sailors are reluctant. They row in vain against the tempest.

When they do throw him overboard and the storm is stilled, the crew worships God, and Jonah—the man who refused to go to pagan people—has, through his sacrifice, pointed these pagans to the God of Israel. But he is still a long way from Nineveh and from God’s will.

Every year on Yom Kippur, the Day of Atonement, Jews gather in synagogues around the world and listen as the book of Jonah is read aloud. The congregational response is, “We are Jonah.” And if Jonah was incapable of mercy, what hope do we have?

Our hope is in Jesus, who took on a similar mission and succeeded where Jonah failed. In the light of the cross, we are shown how to love our enemies.

Jesus is the greater Jonah who hurled himself into the storm of God’s wrath and was swallowed by death so we could be safe on the still waters of God’s forgiveness. Instead of fleeing like Jonah from God’s call and running away from his enemies in rebellion, this new messenger ran toward us, in full submission to his Father’s will.

We must first believe and experience the mercy of the cross before we’re ready to be merciful to others. And we will never be able to love our enemies until we realize that we were enemies on the receiving end of God’s mercy.