Jesus gave up all of his rights and submitted not only to chains, but to death, in order to fix our broken relationship with God. 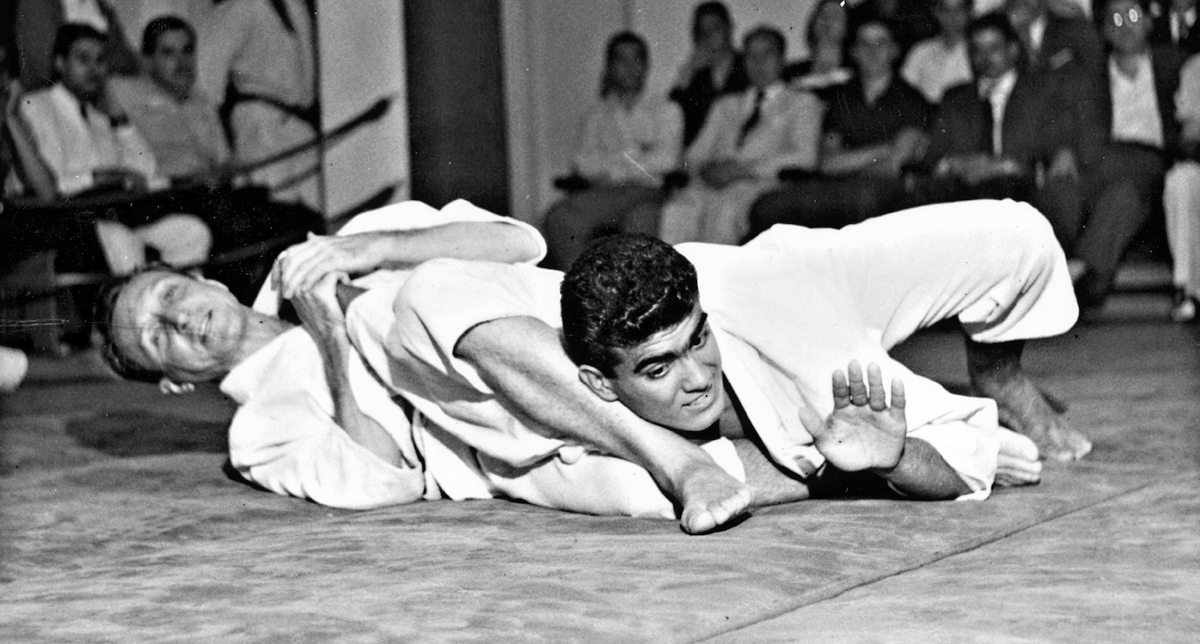 15After these days we got ready and went up to Jerusalem. 16And some of the disciples from Caesarea went with us, bringing us to the house of Mnason of Cyprus, an early disciple, with whom we should lodge.

17When we had come to Jerusalem, the brothers received us gladly. 18On the following day Paul went in with us to James, and all the elders were present. 19After greeting them, he related one by one the things that God had done among the Gentiles through his ministry. 20And when they heard it, they glorified God. And they said to him, “You see, brother, how many thousands there are among the Jews of those who have believed. They are all zealous for the law, 21and they have been told about you that you teach all the Jews who are among the Gentiles to forsake Moses, telling them not to circumcise their children or walk according to our customs. 22What then is to be done? They will certainly hear that you have come. 23Do therefore what we tell you. We have four men who are under a vow; 24take these men and purify yourself along with them and pay their expenses, so that they may shave their heads. Thus all will know that there is nothing in what they have been told about you, but that you yourself also live in observance of the law. 25But as for the Gentiles who have believed, awe have sent a letter with our judgment that they should abstain from what has been sacrificed to idols, and from blood, and from what has been strangled, and from sexual immorality.” 26Then Paul took the men, and the next day he purified himself along with them and went into the temple, giving notice when the days of purification would be fulfilled and the offering presented for each one of them.

Submission costs, and it can hurt. For Paul, it was about to hurt.

After carrying the torch of the gospel throughout the surrounding gentile countryside and lighting countless small fires out there, Paul returns to Jerusalem. In the capital of God’s people, the Jewish believers are law-abiders. Everywhere else, the gentile believers are former idol worshippers, and so far, the two factions haven’t had much to do with each other.

Here are the stakes in Jerusalem: the larger promise to Abraham is being fulfilled and the gospel is going out to bring every tribe and nation into the family. Jewish identity is on the line.

Paul has a positive relationship with the elders in Jerusalem. At this point, what is about to happen does not represent a conflict or dysfunction.

The broken relationship in Jerusalem is between Paul and the Jewish believers. Malicious men have distorted Paul’s teachings about the grace of God. Where he had taught that circumcision and works of the law can’t save, they reported that Paul told Jews that they must stop being Jews in order to become Christians.

Paul knows his leadership is the church’s best chance for interracial unity—Jews and gentiles under the banner of grace. But something has to give. Paul knows it, the elders know it.

So here is the elders’ seemingly backwards solution: “Do this legalistic thing to appease the Jews.”

You know who used to be good at following the law? Saul. Saul was an impeccable law-follower. He probably even took a Nazirite vow like this at some point in his life.

But Paul’s old self was also a murderer.

Paul has staked his entire ministry on the superiority of grace over the law. But the elders are telling him to give up his freedom to fix the Jews’ broken relationship with God.

Paul submits. We can only guess at what it must have felt like for him to go through these familiar legalistic motions, remembering how his idea of righteousness had once been entirely dependent on such performances.

But there is one whose submission was more painful, more costly than Paul’s. And surely this is who he is following.

No matter what else Paul was going to endure, he knew he would never again be without the presence of God—but Jesus gave that up, too, so we never have to. The gospel gives us the assurance that our relationship with God will never again be broken because Jesus submitted to the brokenness of the cross.