The salvation offered through the life, death and resurrection of Christ is unearnable and gloriously good. There is no need to put restriction or payment on this grace. 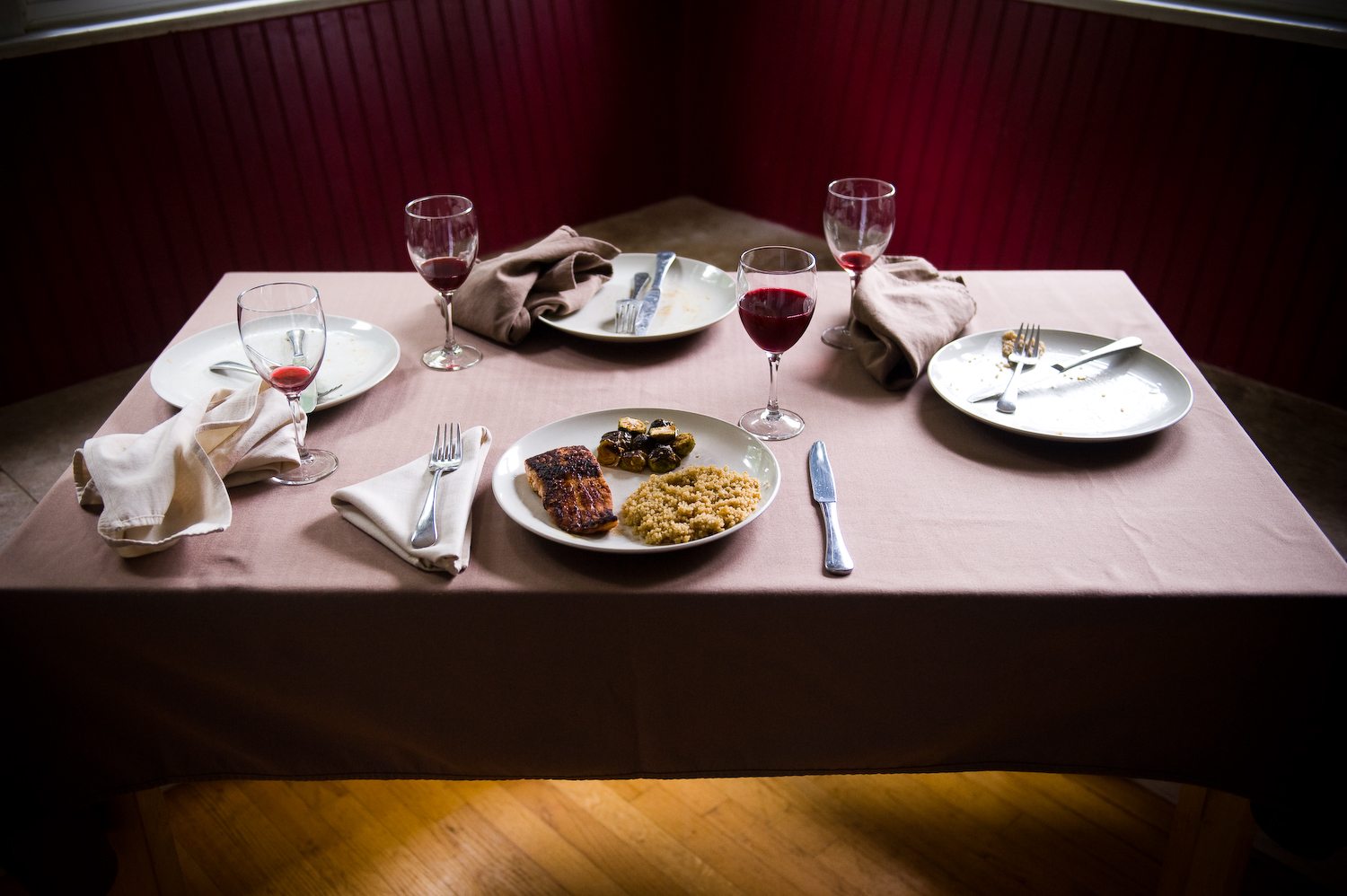 By Jonathan Shradar   |   Read the verses.

3This is my defense to those who would examine me. 4Do we not have the right to eat and drink? 5Do we not have the right to take along a believing wife, as do the other apostles and the brothers of the Lord and Cephas? 6Or is it only Barnabas and I who have no right to refrain from working for a living? 7Who serves as a soldier at his own expense? Who plants a vineyard without eating any of its fruit? Or who tends a flock without getting some of the milk?

8Do I say these things on human authority? Does not the Law say the same? 9For it is written in the Law of Moses, “You shall not muzzle an ox when it treads out the grain.” Is it for oxen that God is concerned? 10Does he not certainly speak for our sake? It was written for our sake, because the plowman should plow in hope and the thresher thresh in hope of sharing in the crop. 11If we have sown spiritual things among you, is it too much if we reap material things from you? 12If others share this rightful claim on you, do not we even more?

Nevertheless, we have not made use of this right, but we endure anything rather than put an obstacle in the way of the gospel of Christ. 13Do you not know that those who are employed in the temple service get their food from the temple, and those who serve at the altar share in the sacrificial offerings? 14In the same way, the Lord commanded that those who proclaim the gospel should get their living by the gospel.

15But I have made no use of any of these rights, nor am I writing these things to secure any such provision. For I would rather die than have anyone deprive me of my ground for boasting. 16For if I preach the gospel, that gives me no ground for boasting. For necessity is laid upon me. Woe to me if I do not preach the gospel! 17For if I do this of my own will, I have a reward, but if not of my own will, I am still entrusted with a stewardship. 18What then is my reward? That in my preaching I may present the gospel free of charge, so as not to make full use of my right in the gospel.

Giving up our rights, sacrificing what we are entitled to—these are ways of living, and dying to self, that few would embrace. But for the Apostle Paul, all of this an instinctual response to life. Paul knows his rights as well as anyone, but he’s after something better. Maybe the church will catch on and live for it as well.

In the previous chapter, Paul has called believers to set aside their dietary rights out of care for weaker believers. Here, he is continuing to model how this sacrifice of rights works in life, and he begins by reminding the church of his apostolic status.

The Corinthian church itself is Paul’s claim on pastoral credibility. Some in the church have been questioning whether he was the pastor they deserved, and they were condemning him for not taking pay from them (see 2 Corinthians 11:7).

If one of us was to turn down a gift, we would probably tell the giver we don’t deserve it. Paul, on the other hand, builds a case for his entitlement to the honor and compensation from the church, since he has labored to shepherd and disciple them. He and his ministry partner, Barnabas, have the same rights as the other church-supported apostles and preachers.

Paul’s right to pay is just the ordinary way the world works. Soldiers don’t wage war on their own dime; those who tend the grapevines drink the wine; and the dairy farmer drinks his cattle’s milk.

Paul’s rights are also Scriptural, and he quotes from Deuteronomy 25:4, presenting the claim that God includes this in the law so that all laborers would benefit from their work. If Paul has turned the spiritual soil of Corinth, then he has the same right to support as any preacher.

After submitting all this evidence, Paul turns down what he is entitled to because he doesn’t want to put a roadblock in front of the gospel.

Religious custom fortifies his right to earn a living from preaching and cinches the argument. Even Jesus said that ministers of the gospel are to get their provision from that ministry1.

Paul has not cashed in what he is owed, and he is not writing this to get paid. Instead, he doubles down on his mission to preach the gospel free of charge. This good news of Christ, and him crucified, is better than what he is entitled to and, where some might consider wages their reward, for Paul it is the free preaching of the good news of Jesus.

The believer can give up their rights, even when they are well-deserved, because the gospel is better. Jesus is better than money, honor and celebrity—and because that is true, we present him as he came to us: without price.

The salvation offered through the life, death and resurrection of Christ is unearned and gloriously good. There is no need to put restriction or payment on this grace. Having Christ, we can turn down lesser things for his glory, and our good.